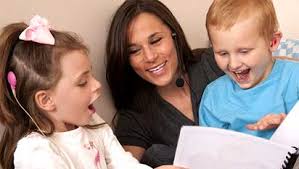 The teachers of the deaf need to have varieties of teaching strategies or methods at their disposal to meet the needs of hearing impaired children effectively.

Hearing impairment is a minority handicap, in an effort to save expose effort of the government. It is very necessary and it could be tempting for some limit-fully organize their special need service in such a way that the parents – teachers of the deaf will work for the children needs.

It is important that parents and teachers don’t underestimate a child’s intelligence based on hearing impairment. Arizona’s Department of Education’s Parent Information Network warns, “For most children with hearing impairments, language acquisition and language development are significantly delayed. As a result, some may incorrectly estimate the child’s intelligence as low”.

Obianuju (2013) further explained that hearing impairment is a disability that affects the total personality no matter the period of onset. When it affects the total personality it means that it affects the well-being of a person which includes his social, physical, psychological and mental state. Supporting the above view, Judith (2013) described children with hearing impairment as those whose sense of hearing are defective and this could range from ability to hear partially to not hearing at all.

In another study, Abang (2005) as cited by Judith (2013) agreed with others that hearing impairment is in a continuum ranging from mild to profound. Consequently, the extent of hearing loss in an individual learner would to some extent interfere with his or her school performance. Individuals with significant degrees of hearing loss find it too difficult to understand speech as they would depend heavily on their sight to engage in communication for academic and non-academic purposes. On the other hand, a person with mild or moderate degrees of hearing loss could with some amplification meaningfully engage in verbal communication. Those who are moderately hearing impaired have better prospect in school learning than the former in school since a great deal of school instruction are done orally than manually (sign language).

The significance of hearing often goes underappreciated until it is no longer available, and for students who have lived their entire life with a hearing loss, education can prove challenging. Teachers must adapt to each classroom of students, and working with deaf or hard of hearing students requires some modification to traditional teaching methods. However, modern techniques are allowing for a smoother adaptation to traditional education, for both students and teachers alike.

A lack or loss of hearing can affect a child’s learning progress, particularly in the understanding and production of spoken language. While many theories have emerged over the years as to which approach is most effective, experts agree that the teaching method should adhere to the individual student’s capabilities, needs and personality. The most common educational approaches include:

Bilingual-Bicultural: In this approach, American Sign Language is the only method used in the classroom. Traditional English is taught through exposure to printed words on paper.

Auditory/Oral: This teaching approach does not use sign language, but instead teaches the English Language through residual hearing and speech.

Challenges of teaching English to the hearing impaired

For deaf learners, communication is a daily challenge. Learning an additional language, especially in a foreign country, is more difficult for learners who do not have a strong base in their first language. This is often the case for hearing impaired learners who rely mainly (or entirely) on visual processing for learning. Some hearing impaired students use lip reading and/or sign language or finger spelling for communication in addition to print and visuals.

Role of Parents in Care of Hearing Impaired

Family is the primary unit in the life of an individual. Parents are the pillars of this unit.

Parents and family need to fulfill certain responsibilities in order to function. A family must generate income, protect and maintain its members and home, nurture and love one another and see to it that children are taught social norms and educated. When a child is handicapped, these responsibilities become more crucial. There is the expense, the time, the energy needed to care for the disabled member and his/her safety. Besides this there is the difficulty of helping the disabled member develop a good self-image and social skills, and the problems of seeing to it that the disabled member receives an appropriate education. Every ordinary task becomes more difficult and more stressful.

The Eugenics Movement (1880-1930) assumed parents to be the underlying source of the child’s physical, emotional or intellectual disability. A primary goal of this movement was to remove human flaws by regulating human reproduction. Towards the end of the 19th century, through research it was found that some disabilities/conditions are genetically passed on to the child by the parents. But, predicting before pregnancy whether or not a parent will pass on to the child some genetically linked disability is often difficult, if not impossible.

Parent’s reaction to the birth of a child with disabilities varies widely. While somewhat speculative, 3 to 7 emotional stages of parents are usually identified. They are as (a) feelings of shock and disbelief; (b) denial; (c) anger and guilt or depression; and (d) a shift from self-absorption to concentrating on how to deal with the child’s needs. Whether all parents experience all these stages is still controversial, as is the exact sequence of stage.

As mentioned earlier since 1970s a great emphasis has been placed on the role of parents as teachers and members of the multidisciplinary team. Here, parents are provided training to make them more resourceful and for better involvement.

Teachers need to make special considerations when teaching hearing-impaired children. Much of the consideration involves common sense that sharpens through close collaboration with the student, the student’s family, and the speech language pathologist (SLP). The student and student’s family can certainly offer the teacher support on a daily basis through constructive criticism of what is or isn’t working for the child in the classroom. The following are suggestions by Hall, Oyer, & Haas (2001) for teaching hearing-impaired children:

Hall, Oyer, and Haas (2001) suggest that teachers support hard of hearing students by frequently checking to ensure the child understands information provided in class. They provided an alternative suggestion in assigning a hearing peer to assist the hearing impaired child to be an active participant in school activities for those times the teacher is preoccupied with other students. Another suggestion was for the teacher to “learn to read” the child’s facial expressions in order to have feedback about his/her understanding of material presented. This particular suggestion takes some time as the teacher gets to know the student better.

Researchers have documented various support needs for families children with hearing impairment, including parents’ high need for obtaining multifarious information with regard to treatment, educational and communication options available for their children (Jamieson, Zaidman-Zait, and Poon, 2011); Most and Zaidman – Zait 2001;) the need for receiving social support and participate parent-to-parent network (Jackson, Traub and Turnbull, 2008; Zaidman-Zait, 2007). So, parents serve as a stream for the children to drink water from them.

Some of the roles that need to be analyzed in which parents played on hearing impairment are:

Parents as implementers of professional advice

A widely assumption was made in 2002 (USA) concerning the children with hearing impaired that parents should consistently implement decisions made by the professionals. If a child was not making satisfactory progress in the special education program, it was often assumed that the parents were not assuming their responsibility for implementing the program of the specialized training and technical expertise, have the ability to make decisions about other people’s lives has slowly disintegrated. The recent age therapists and educators have accepted the potential of parents. Parents are now active partners in not only implementing of professional advice but also to plan out and carry out the same at home.

In (2007) among the seven points agenda of Late President Umaru Musa Yaradua of Nigeria under the education as he slated them, there is one that talks about helping the disabled children in where he said parents should avoid indifferent and rejection of such behavior which reduces a child’s security and cause him to feel neither loved nor valued.

Parents association or groups serve a piece of machinery through which they share or give others mutual support and share information related to their homes.

Parents’ initiated and supported effort at great personal expense has won the legal right to free and appropriate public education in the least restrictive environment, better condition in residential and recreational services in the community, provisions for better financial security.

As mentioned earlier, a great emphasis has been placed on the role of parents as teachers and members of multidisciplinary team. Here, parents are provided training to make them more resourceful and for better involvement.

According to Reynolds and Brich (2000) parents poses a number of clear expectations of teachers and the school personnel when the special needs of pupils call for individualized education plan.

Professionals are becoming more aware of the necessity to consider the needs and roles played by all members of the family with a child with disabilities. It has been recognized that the family has a value in developing and implementing programs for the disabled member. It is also realized that family members have much to offer professionals. They often have unique insights gleamed from their day – to – day experiences living with the member with disability.

Language Development and Everyday Functioning of Children with Hearing Impairment

On average, children who received intervention before 6 months of age attained language levels below 1 SD of the normative mean on several standardized measures. Despite access to early detection and early intervention, the preliminary findings suggest that children experienced disadvantages in language development and everyday functioning at a young age.

The significant relationship between everyday functioning of children based on a systematic use of parental observations (PEACH) and the standardized language measures lends support to the validity of the PEACH in assessing children’s development of aural-oral communicative functioning in real life.

The position of parents in the academic achievement of their children is indispensable. This is because nobody can understand children with hearing impairment like their parents. Their support goes a long mile in making these children succeed in their academic pursuit. Conclusively, children without parents often have challenge in succeeding in school. This is because there will not be flow of information between home and school.

This seminar paper discusses parent as an agent in teaching language to learners with hearing impairment. We hereby recommend that:

Judith, P. (2013), Influence of Socio-Economic and Cultural Factors on   Academic          Performance of Hearing Impaired Pupils at St. Marin Primary        School,          Kakamega Country, Kenya, a Research Thesis submitted to the      Faculty of          Education in partial fulfillment of the requirements for the     Degree of    Masters of Education in Educational Administration and     Planning, the Catholic University Of Eastern Africa Department Of    Post   Graduate Studies  Faculty of education.