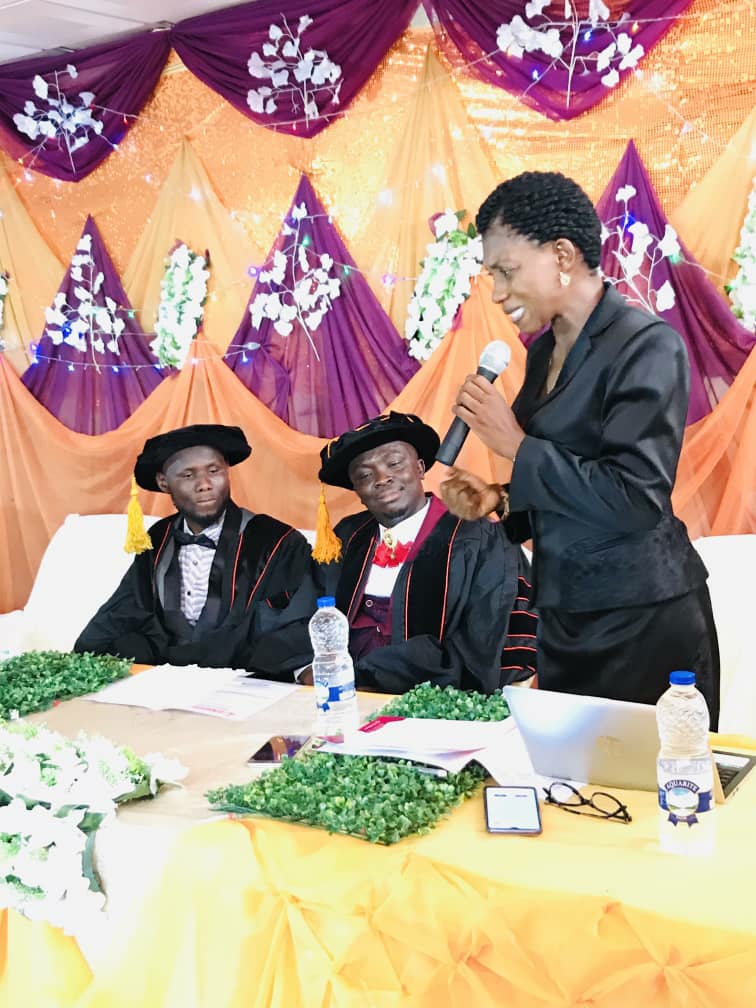 A marketing communication specialist and lecturer at the Department of Communication and Language Arts, University of Ibadan, Dr. Olaynka Egbokhare has emphasised the need for skill development among the nation’s teeming youths and graduates in the efforts to combat the endemic rate of unemployment Nigeria. She made this call while speaking as the guest speaker at the third matriculation ceremony of TNM Media Academy, Ibadan, on Wednesday, December 10.

Dr Egbokhare noted that “talent is not enough, acquisition of skills relevant to your god-given gift will give you success in life”. She pointed out that anyone dreaming to be successful in life must folk with positive minded and goal getting people to avoid dream killers who make discouraging comments on one’s path to glory.

Speaking earlier, the provost of TNM Media Academy, Mr. .AbdRasaq AbdGaneey (Mr. GRA) disclosed that The Academy which is the pioneer media academy with government approval in Oyo State has graduated over 200 media professionals on broadcasting, advertising, public speaking and TV/film production.

You are an epitome of what you wish to represent

WHY YOU NEED TO READ?